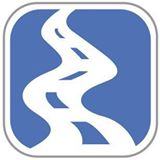 The imposing home of the Deutsches Hygiene-Museum in Dresden (1927–1930) features various stylistic elements. As designed by Wilhelm Kreis, the architecture combines monumental elements of classicism with the style of the Neue Sachlichkeit, or New Objectivity.

The Deutsches Hygiene-Museum (German Hygiene Museum) was built in Dresden between 1927 and 1930 and exhibits echoes of the Neue Sachlichkeit, or New Objectivity, as well as elements of classicism. Architect Wilhelm Kreis brought to this project his penchant for the representative and monumental. Although he was guided by the emergent style of the Neues Bauen, or New Architecture, he nevertheless also followed a traditional architectural approach.

The museum lies on the edge of Dresden’s Großer Garten, a large Baroque style park, along an extension of its central axis, and consists of several rigorously structured rectangular blocks and courtyards. The tall central block has a windowed façade with piers in front to form an imposing entrance. This is flanked by two lower wings that project forward to create and embrace a formal entry court. The exhibition wings are joined to the rear of the glazed entrance hall, and with it form a large inner courtyard.

The museum was founded in 1912 on the initiative of the industrialist Karl August Lingner, maker of Odol mouthwash, who wanted to create a “place of instruction” where the public could learn about anatomy, hygiene and healthy living. However, he did not live to see the museum’s completion. The monumental building was opened in 1930 as part of the Second International Hygiene Exhibition in Dresden.

The museum, which was always abreast of the latest scientific developments, promoted the democratisation of public health during the Weimar Republic. Its most popular attraction was the “Transparent Man”, still visible today as part of the museum’s extensive collection. Starting in 1933, the museum served as a propaganda tool for the racial ideology of the National Socialist government. Air raids in 1945 severely damaged the building, bringing this to an end. The building was quickly reconstructed under the East German government, but largely without consideration for issues of historic monument conservation.

With the renovation and modernisation by architect Peter Kulka undertaken from 2002 to 2010, the museum has been largely restored to its original condition while also being adapted to the needs of a modern museum. The monumental building now shines again in the cool white colour of its early days. Its current exhibitions and events address topics from the realms of culture, science and society.

Routes through this place

Nearby Points of Interest

You have a question concerning this content? Here is the right place to ask it.

Be the first to review and help others.